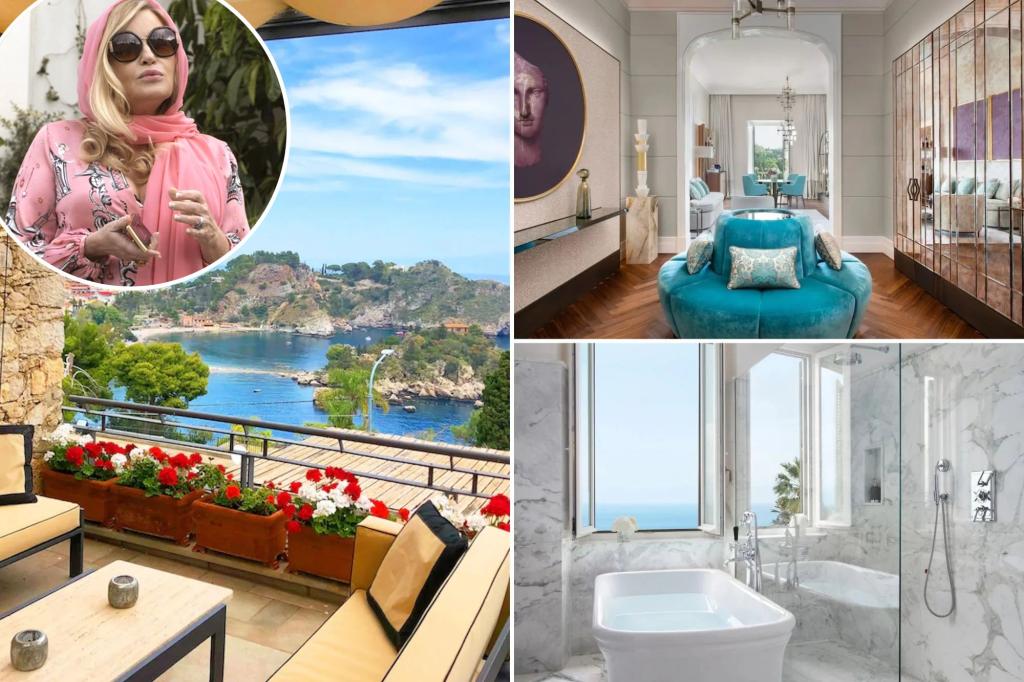 The Italian getaway from “The White Lotus” isn’t fiction — it’s a real-life five-star hotel in a prime, and picturesque, corner of Sicily.

Perched on a rocky promontory overlooking the Ionian Sea, the retreat was once a 14th-century convent.

They include a clifftop infinity pool, award-winning dining options and 24-hour service.

The property has 111 rooms over three floors.

The Emmy-nominated series shut down the chic stay for filming of the second season from January to April this year. What’s more, it’s currently closed for the season and will reopen in March 2023. Rooms start at $780 per night and run up to $10,000 per night.

“The White Lotus” is an American comedy-drama anthology series that follows the guests and employees of the fictional White Lotus resort chain, whose stay becomes affected by their various dysfunctions.

The first season was set in Hawaii, and was the most-awarded series at the 74th Primetime Emmy Awards.