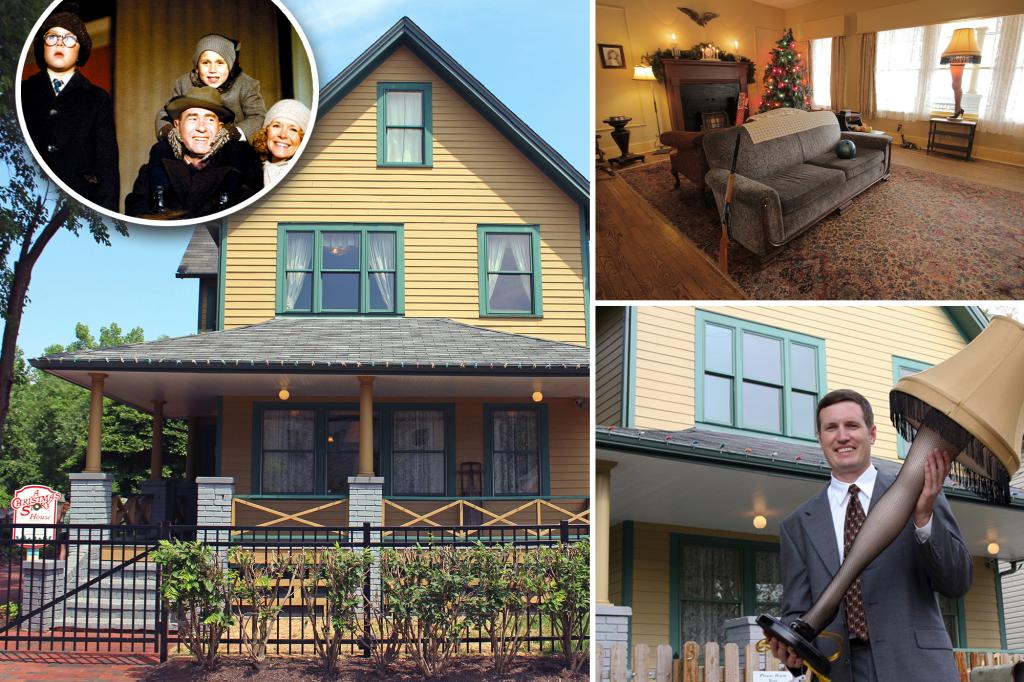 It’s always the most wonderful time of the year at this tourist attraction.

An Ohio home that served as a set in the beloved 1983 holiday film “A Christmas Story” is looking for a new owner. However, the asking price for this piece of film history — and a permanent landmark of the holiday season — is undisclosed.

Built in 1895, the standalone property has been among Cleveland’s more popular excursions for out-of-towners since the owner purchased it in 2004 from an eBay listing, gave it an extensive renovation and began offering public tours on Nov. 25, 2006.

“It’s an interesting property to not only own, but you also have to take care of as a piece of Americana,” the owner Brian Jones told 3News of the Tremont neighborhood destination. “I’m going to miss being this closely tied to it, I’ll be honest.”

The historic main house is jointly listed with Hoff & Leigh agent Chad Whitmer and REAG. It’s more than just that home — at 3159 W. 11th St. — up for grabs. In sum, the sale encompasses five buildings, two public parking lots, one private parking lot and two empty lots spread across seven adjacent parcels — all of which stand on a shared 1.3-acre campus.

The most notable of the five buildings contains the Museum, which houses “the largest collection of original costumes, props, behind-the scenes photos and other items from the movie.” It further boasts a detached garage containing a 1939 Ford LaFrance fire truck “just like the one featured in the film!” according to the marketing website.

And according to that website, the main house has welcomed more than 1 million fans from around the world for daily tours over the years. Both the main house and the “Neighbor’s House” also offer overnight rentals, whose fixtures include the iconic leg lamp. All scheduled tours and stays are slated to continue as normal as the offering awaits a new owner — and Jones is determined to sell to someone who cares about the compound.

“Price will matter, but not necessarily the highest price that’s the right fit for this business and this piece of nostalgic Americana,” Jones told the outlet, adding that he anticipates an “initial surge” of interest he’ll need to “filter” for a qualified buyer.

Earlier this month, HBO Max released a full trailer for a sequel to the film set to debut this week, on Nov. 17.